Northern Virginia: Overshadowed by the nation's capital, this budding beer scene is a thirst-slaking reason to get off the beaten path.

For many visitors to Washington, DC, their experience of Virginia is the interstate from Dulles on the way to the city, Arlington National Cemetery, Mount Vernon, and maybe the Smithsonian's Udvar-Hazy Center. The capitol claims the lion’s share of the spotlight, despite Virginia’s extensive history in the founding of the country and its many attractions (both natural and historical).

But where there are people, there will be beer, and the bedroom communities of Northern Virginia—for years the sleepy home of government workers commuting into the capitol and its environs—have risen with the craft tide. Today, buoyed by a statewide push to grow more brewer-friendly, the creative breweries of "NOVA" are becoming destinations of their own.

It seems like yesterday that we wrote about the D.C. area, where these ‘burbs received merely a passing mention. How times have changed. Join us for a guide to the highlights of this burgeoning beer scene.

Port City Brewing in Alexandria (pictured below) is a logical place to start your NOVA beer adventure, as this regional pioneer embodies the phrase “so tired of winning.” Their reputation is well-deserved, with ten GABF medals and one World Beer Cup medal earned over the past seven years. It’s well-loved by locals who crowd into the taproom and adjacent warehouse beer garden with kids in tow on weekend afternoons to enjoy impeccably made beers, like their Optimal Wit or Downright Pilsner. 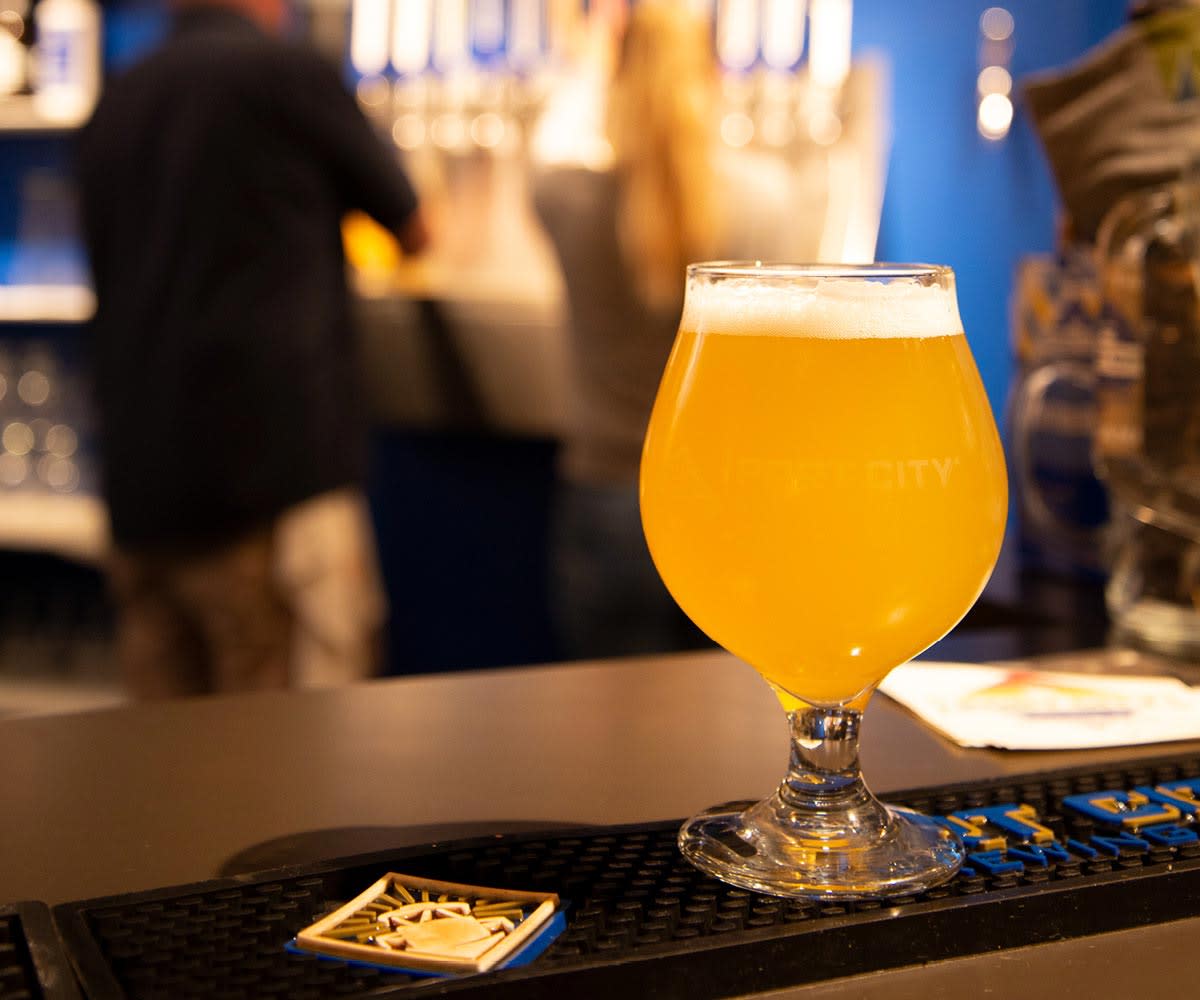 The new Aslin Beer Company also calls Alexandria home. Its taproom offers locals a chance to enjoy its beers on draft after some months of generating buzz with its coveted beers.

The spare and modern design of the cheekily named Department of Beer and Wine offers a tasteful retail experience. Swing in for a crowler to go, or peruse over a dozen doors of their smartly curated collection. 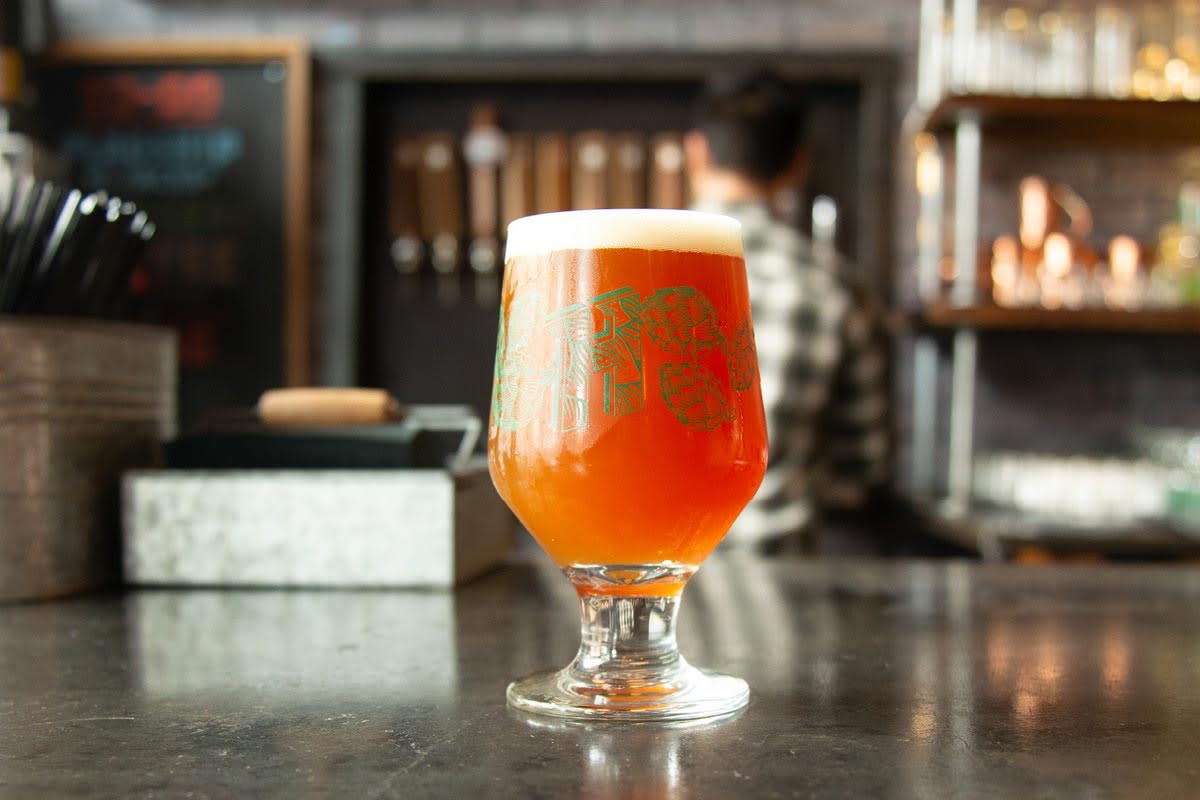 Maybe it’s the real estate that prices them out, but Arlington is light on operating breweries. Satellite outposts from Mad Fox and Heritage Brewpub (pictured above) offer something for beer lovers (try a hand-pulled cask selection from Mad Fox, or one of the classic West Coast-style IPAs from Heritage). But if you’re seeking more breweries, it’s best to look elsewhere. (Editor's Note: Mad Fox closed July, 2019) 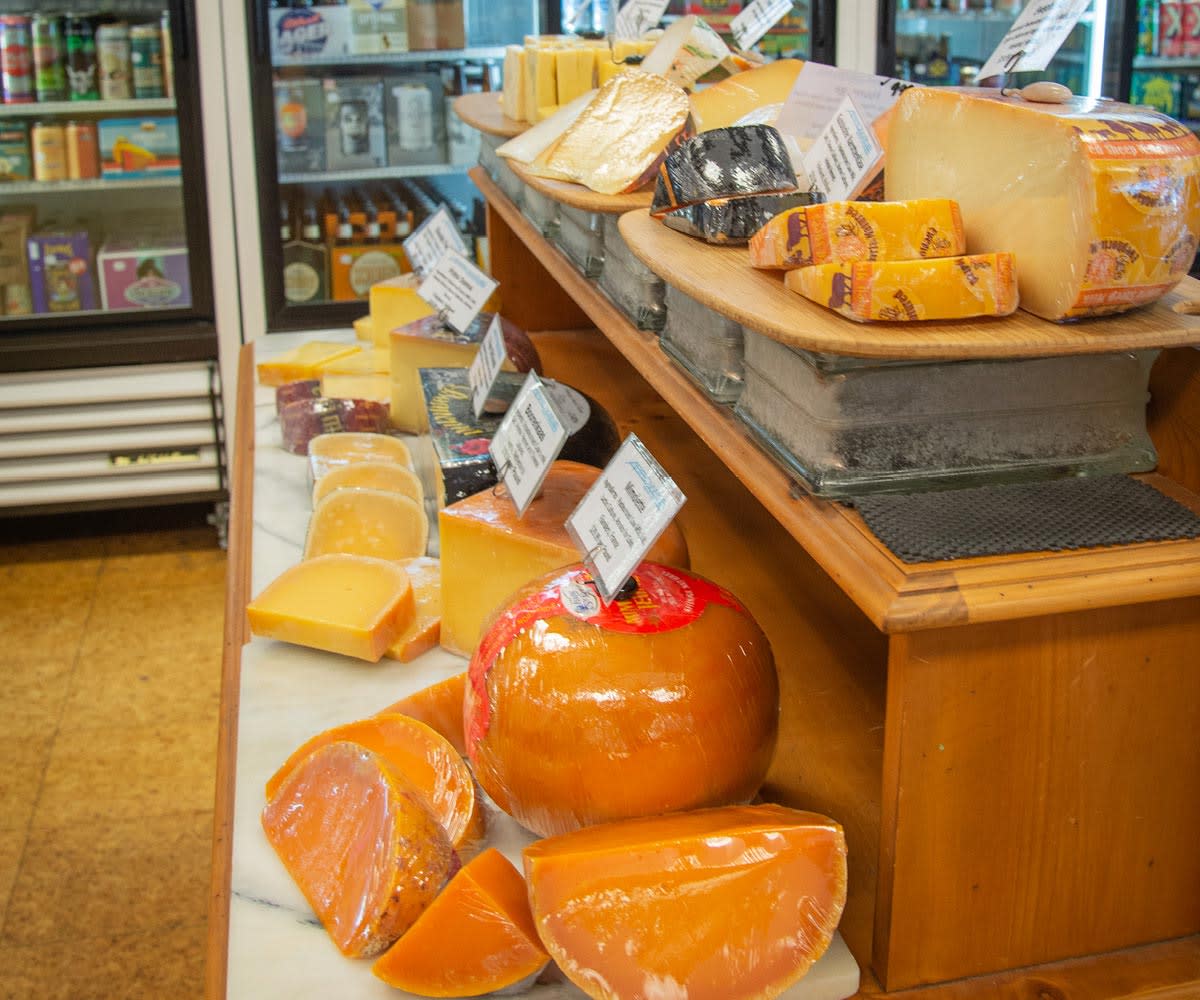 What the city does offer is great retail spots, like the classic cheese, wine, and beer shop Arrowine (pictured above). Their selection of cheese is as smartly curated as their beer selection, so grab a hunk of Comté Reserve and a lambic or wild ale for a pairing to remember. 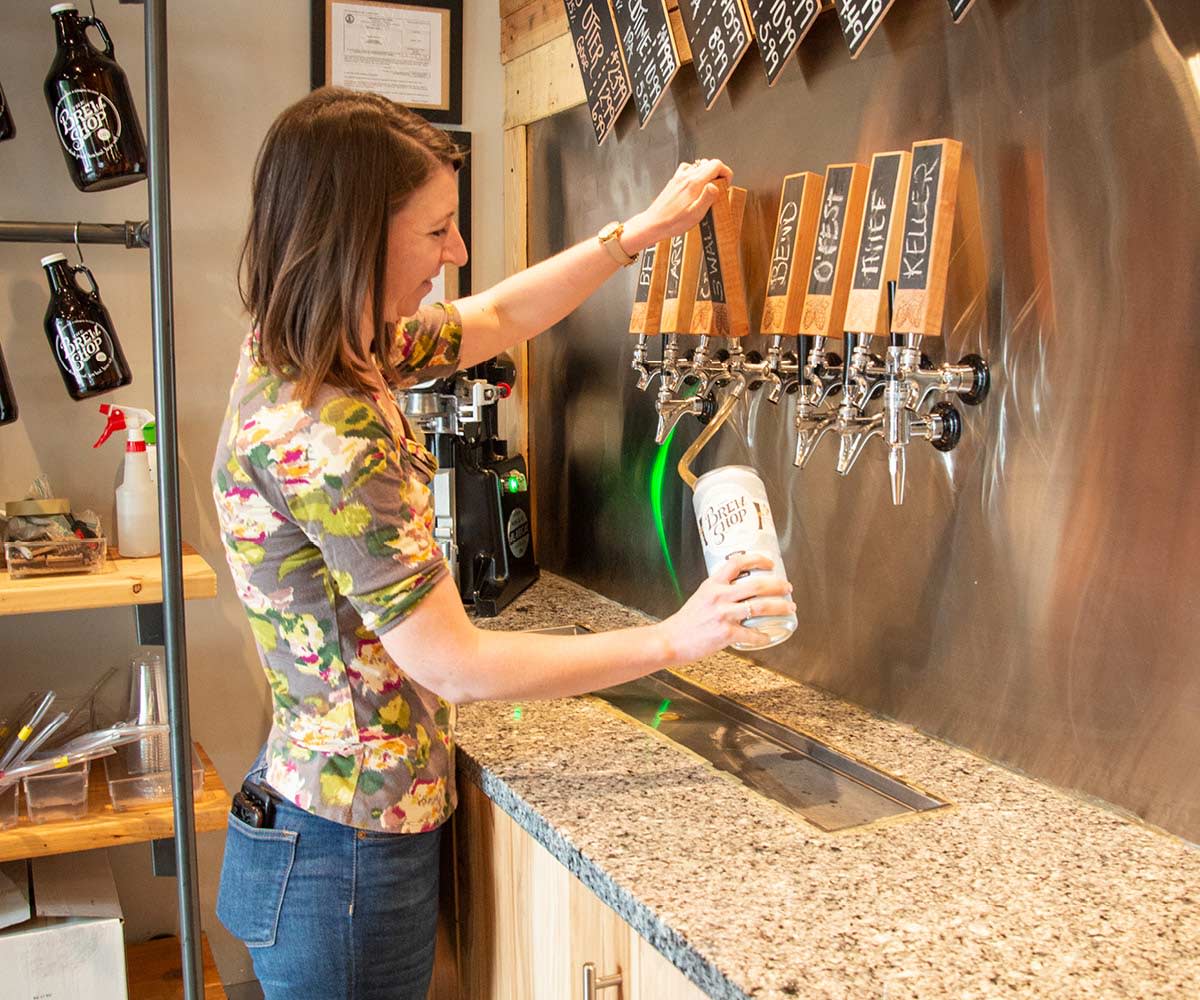 If you’re after homebrew goods as well as the best in commercial beer, a stop at The Brew Shop (pictured above) is a must. You’ll be hard pressed to find a better-designed retail growler and bottle shop (with small but well-stocked homebrew selection), and the staff are friendly and helpful.

For a unique drinking experience, swing by Galaxy Hut (pictured below) after 9pm and catch the band of the evening while you choose from their impeccable draft list—the bar is legendary in indie music circles and is still a vital spot for new talent. 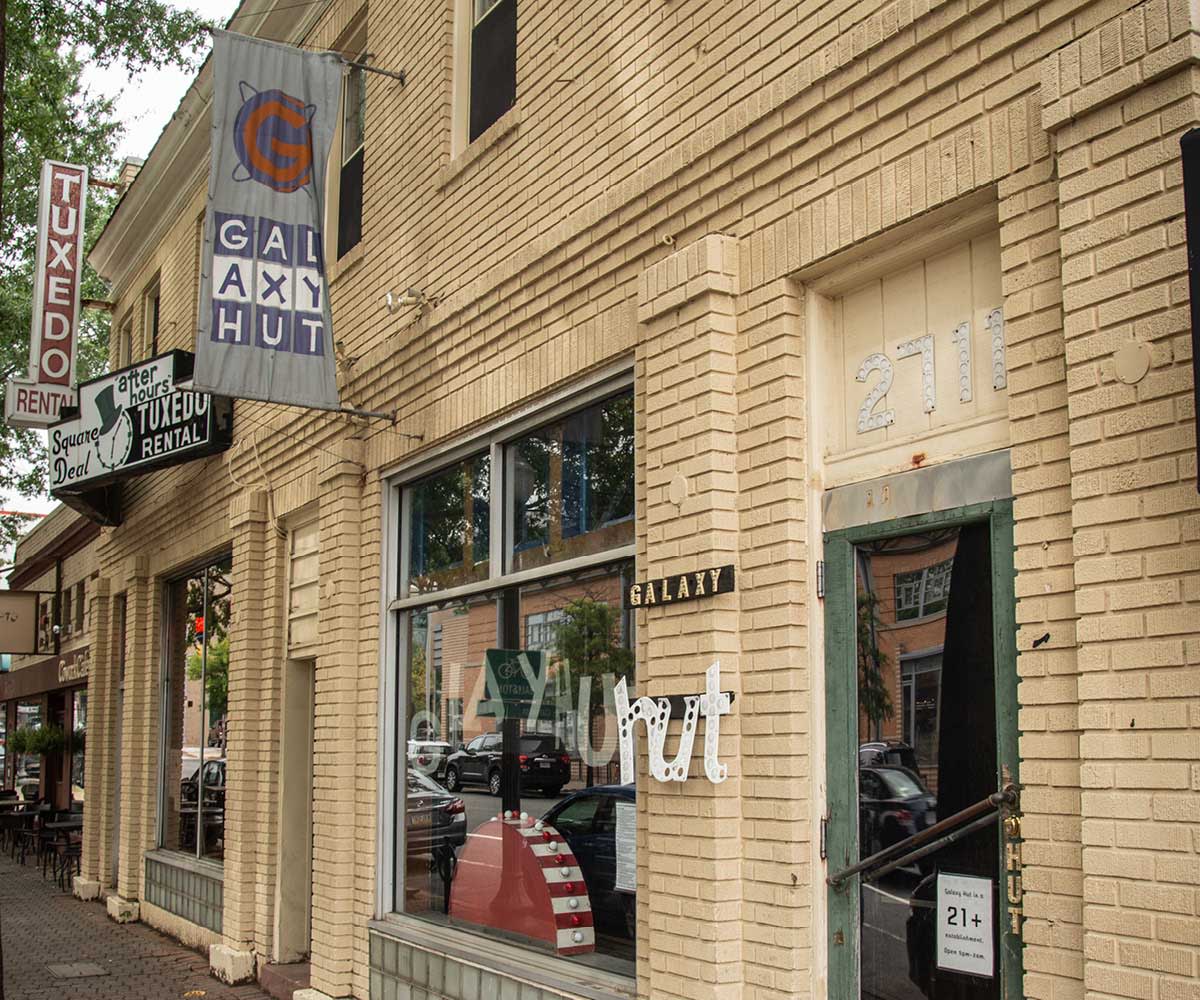 At the heart of NOVA’s red-hot beer scene, the towns surrounding Dulles airport host some of the most popular beer spots for locals and tourists alike. The hottest draw by far is Herndon’s Aslin, (pictured below) the nano-turned-micro that saw so much demand for its packaged beer that they closed their tiny taproom to put in a canning line. Until they opened their Alexandria taproom (above), daily dock sales were the best way to get their cans. They still sell beer to-go, on a daily schedule to meet demand. You can’t go wrong with any of their beers, but look especially for Grovestand Citrus IPA, Triple Orange Starfish Triple IPA, or any of the flavored stouts. 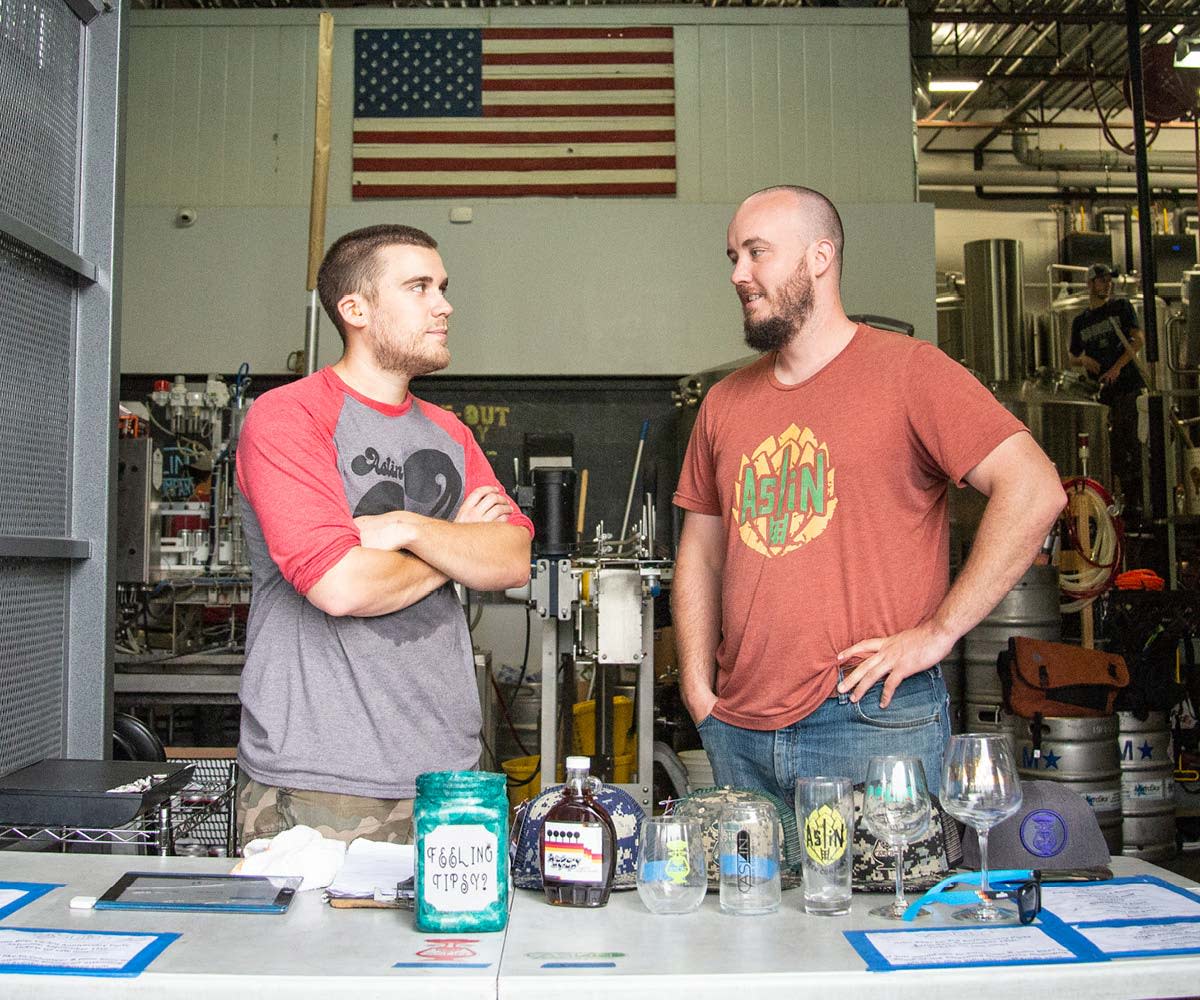 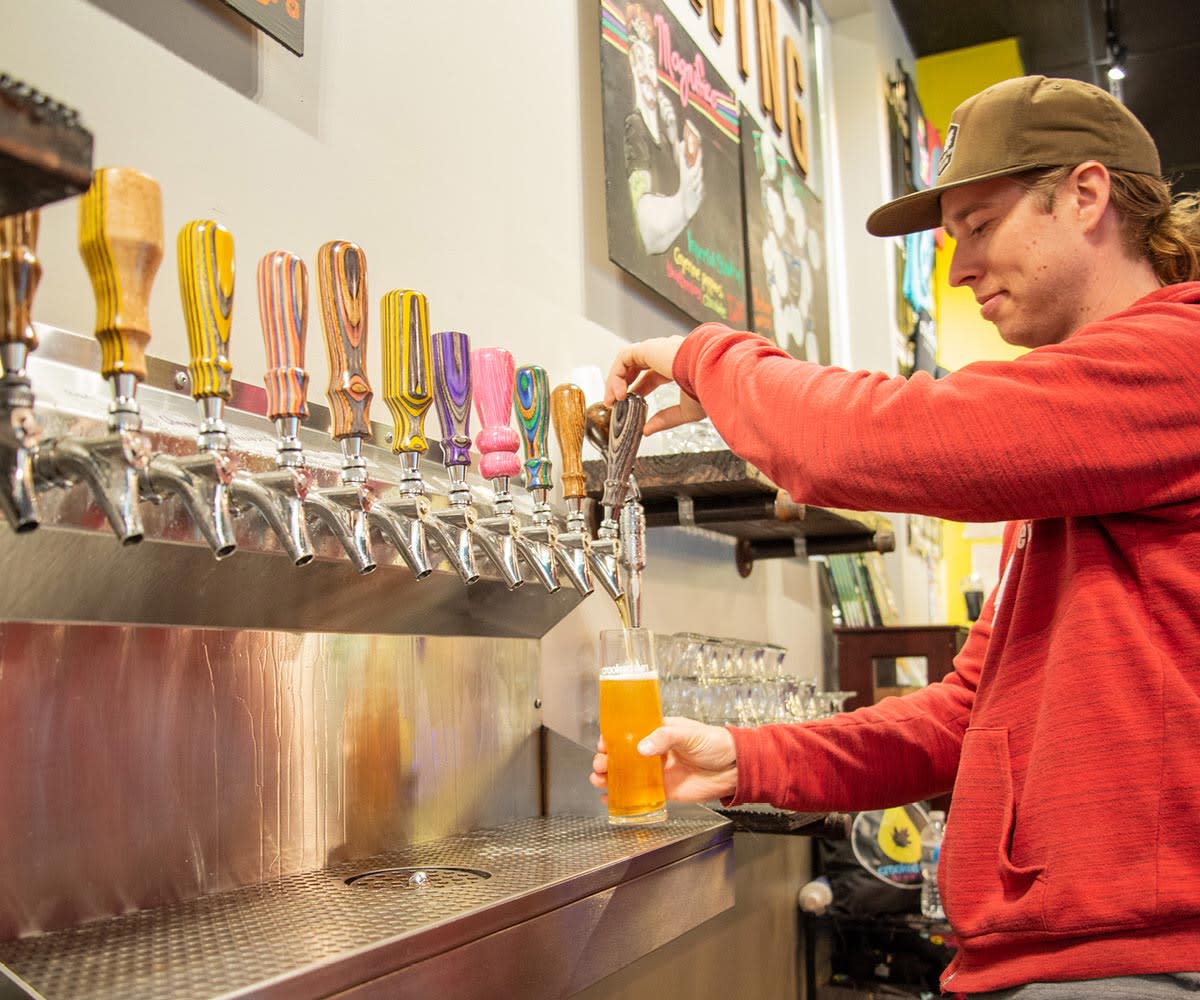 The Sterling outpost of Crooked Run Brewing (pictured above) is a short drive or ride, and with Rocket Frog Brewing Co. in the same complex, visiting beer tourists can enjoy a two-fer. While other breweries depend on food trucks to satisfy patrons’ hunger, Crooked Run has an independent taco shop on site that’s as much a draw as their beer. So order a Raspberry Empress and marvel at the fact that one of their biggest sellers is a fruited sour IPA. Or keep it traditional and try the Pilsner.
For a classic NOVA beer experience, head over to Old Ox Brewery in Ashburn, then pop into Lost Rhino for a round. Old Ox beers are generally available at retail in the region, but the brewery is a great place to try them at the source. And while Lost Rhino feels a bit like a Nineties throwback, they’re making strides by updating the brewing program. 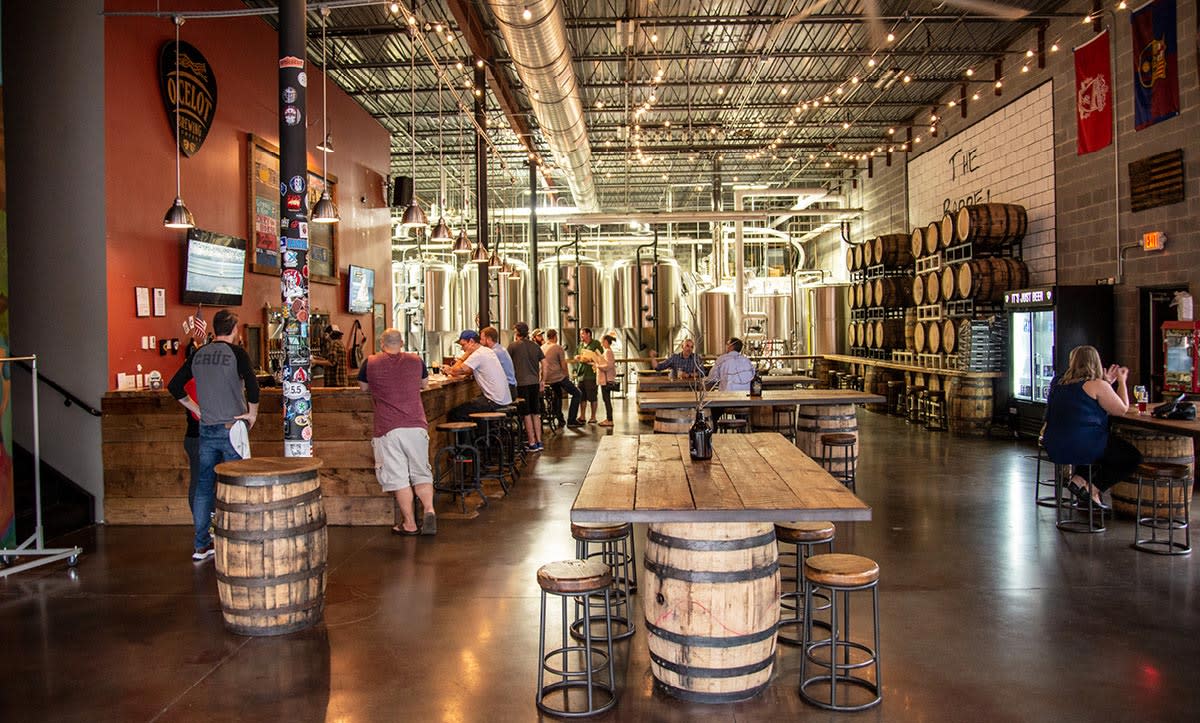 For a more progressive take on contemporary styles, head south from there to Ocelot Brewing (pictured above) and stay a while. Their hazy IPA offerings are top-notch (and extensive), but they’ve also scored GABF medals for their Keller Pils and Baltic porter—evidence that traditional doesn’t have to mean ‘boring.’ 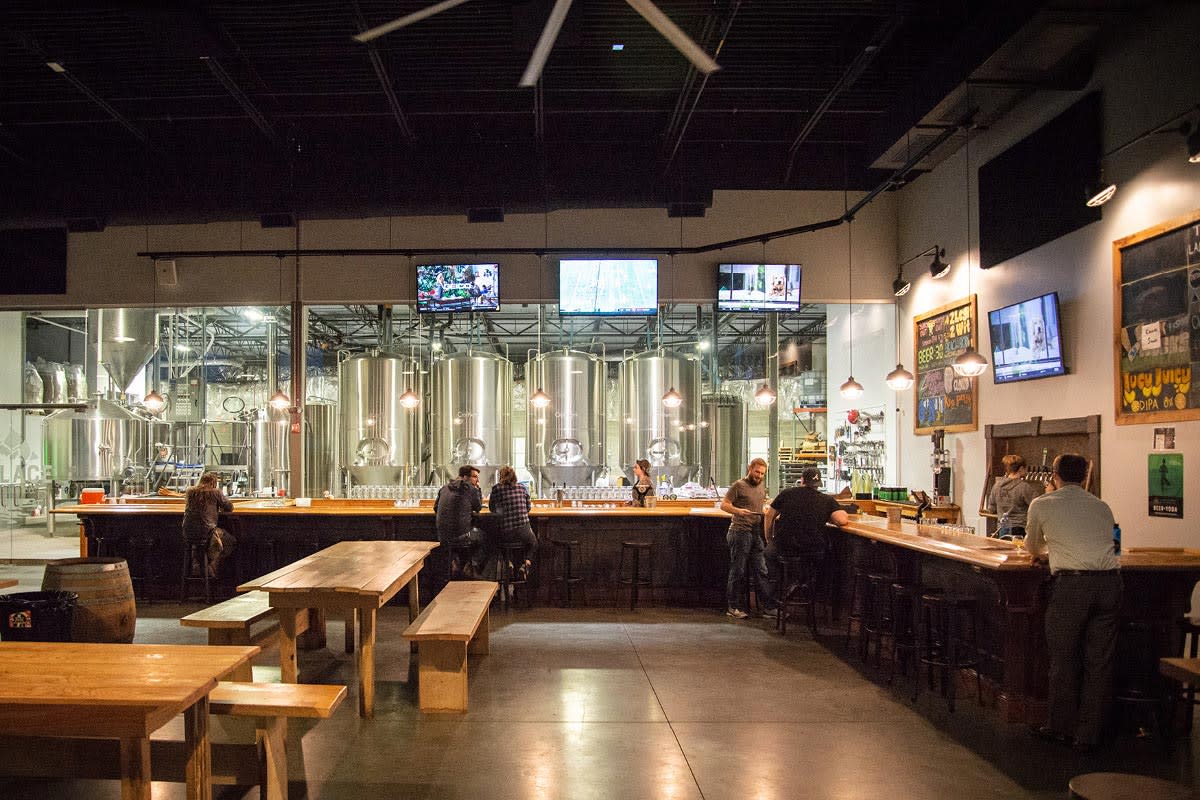 Make Solace Brewing (pictured above) your next stop, and grab a spot on the indoor cornhole court to throw some bags while downing pints and staring through the glass wall at the beautiful stainless brewhouse. They’re fully aboard the haze train with some solid offerings, but the lagers are under-the-radar standouts.

It’s a bit further out, but if you find yourself in Leesburg, make a stop at Kettles & Grain and try your hand at brewing with their copper-clad brew-on-premises systems. Grab ingredients for your next brew, pick up some bottles from their bottle shop, or even enjoy a pint.

Loudon Brewing is cozy, but worth a quick stop for solid malty offerings and IPAs, and Black Hoof Brewing is just a few blocks away, so stop in and order a quick lager.

While it’s an even further drive out toward the country, don’t pass up the opportunity to make the trip to Purcellville for Adroit Theory Brewing Company. There’s an odd concentration of breweries in this small town (six in the immediate area) but Adroit Theory’s focus on serial singular batches of big, bold, characterful strong ales (stouts, barleywines, old ales, and more) combined with their edgy branding and dark, brooding persona make it a weird and wonderful find out in the countryside. And they, too, make those turbid and juicy IPAs that everyone’s drinking these days.

If you have the time and don’t mind the drive, Tin Cannon Brewing Co. in Gainesville and Water’s End in Lake Ridge offer great beer in down-to-earth taprooms.

Jamie Bogner is the Cofounder and Editorial Director of Craft Beer & Brewing Magazine?. Email him at [email protected].

4 Tips for Beercations on a Budget

Whether it’s that destination farmhouse brewery in the middle of the country, a burgeoning beer city across the globe, or a brand new brewery in your own state, you know you want to go.